Inside look at Failed Campaigns

Behind-the-scenes factors play a vital part in successful campaigns. Many fashion brands are under a microscope with their large customer fanbases. One wrong move may result in a backlash from countless consumers. Not only do these failed strategies reflect badly on the company, but often result in a decline in customer sales and a lost connection between the brand and its target consumer. Developing a relationship between the brand and the consumer can be beneficial to the company’s success. Forming a bond between the two allows trust to build between the brand and the consumer. Breaking this bond will steer away customers and damage the trust that was built. Ideally, consumers want to feel a personal connection to the brand that promotes and reflects their values. Focusing on where these three notorious fashion brands H&M, Victoria’s Secret and Dolce & Gabanna went wrong in their campaign process.

Fashion trends are fleeting, and many stores have responded by using textiles that are cheap but not recyclable. Textile waste is a huge problem for the environment.

“Next to oil, fashion in its broadest sense, fast fashion, to leather to denim, is the next biggest industrial polluter of the world’s waterways.”

H&M saw backlash from their scorecard system that was created to show how environmentally friendly their products were. H&M’s positioning as an environmentally conscious company proved to be flawed when false information arose from the scorecards. The company claimed products to be better for the environment than they actually were. False claims were also unveiled when the company claimed these products were sustainable, in reality, they were not.

H&M is now seen as a fashion company that doesn’t tell the truth about its involvement in environmental issues. In-store recycling bins have been put in place with the goal to revitalize garments into new clothing. Only 35% of the clothing that was collected went to be recycled. 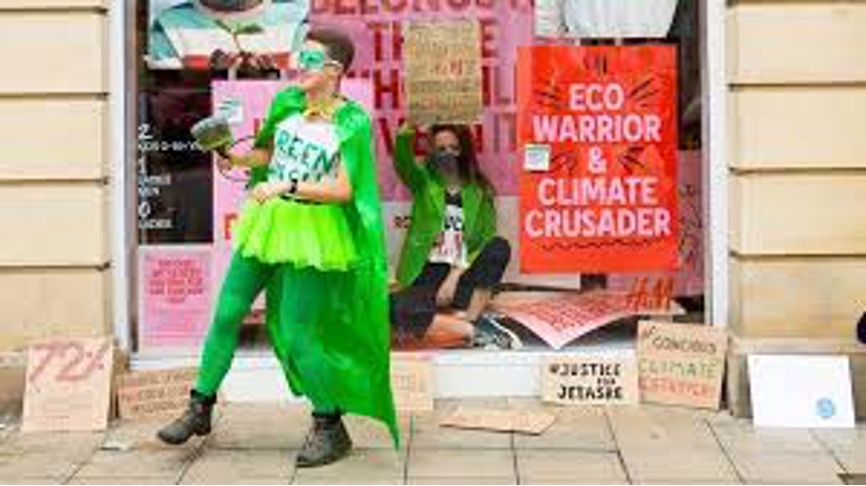 Victoria’s Secret, a world-renowned brand most known for intimates is also known for its models ranging in smaller sizes compared to the average woman. As of 2014 competitor brand, Aerie has prided itself on unretouched photography and specifically in its AerieReal campaign. This campaign from Aerie brought both success and consumer loyalty to the brand. The campaign focused on leaving all photos raw and unedited which positioned Aerie as a brand that wants its consumers to feel happy in their own skin. Aerie took this opportunity to showcase women of all different shapes and sizes which is something that Victoria’s Secret was failing to do all along.

The Victoria’s Secret Fashion Show, a major event in this industry has not only put an image of beauty into young minds but has continued to showcase models that decreased in size as the show continued to gain fame. This breach of trust damaged the bond between the consumer and the brand. Despite all of this Victoria’s Secret has attempted to rebrand its company and image by utilizing models of all size ranges. In 2015 they released a campaign that claimed to have lingerie for all body types. Once again, they failed their customers and missed the mark by showcasing models of similar sizes and no diversity among them. VS’s rebranding was a poor strategic idea due to the fact their image was not changing. After receiving backlash for years, they continued to follow the same strategy.

“Collectively, models shrank roughly two inches across their bustlines, one inch around their waistlines, and nearly half an inch off their hiplines. The models’ average dress size decreased from 5.2 to 3.7 over the same span of time. Despite these dramatic differences, their WHR and height stayed nearly identical.”

Victoria’s Secret allowed a competitor brand to lure customers away from them by appealing to all women, something that VS failed to accomplish.

While many public relations campaigns succeed, that’s not always the case. As campaigns continue to evolve, several questions come to mind. Where do campaigns go wrong? What campaigns from large companies have failed in their strategy? The campaign process is always talked about, but where the campaigns go wrong is a different story. Defining these disconnects in the pr strategy increases consumer awareness of what not to do when developing a campaign.

Dolce & Gabanna, the luxury company known for its Mediterranean style, is also missing the mark. In 2017 a sneaker hit the market that caused a commotion in the marketplace. The sneaker retailed for $973 remarked, “I’m thin and gorgeous” in large font on the side of the shoe. The shoe was first released to the public at Milan Men’s Fashion Week. Not only did this shoe reveal a lack of body inclusivity it directly reflected back on the brand and its image.

“Though there may be an element of cheeky humor at play in the design of these sneakers, equating thinness and beauty with success and status is a message that hurts everyone.”

Dolce & Gabanna’s designer, Stefano Gabanna, responded to comments that seemed to only make the situation worse. Gabanna went to social media to repost articles that addressed the sneaker in a bad light. Gabanna’s Instagram caption responding to this issue said, “When idiocy distorts reality…next time we’ll write LOVE TO BE FAT AND FULL OF CHOLESTEROL…the most stupid post ever.” Not only did Dolce & Gabanna spark a sensitive topic with this shoe they also seemed to have no initiative in addressing the matter at hand.

These fashion companies have not only failed in their PR strategy but also their loyal customers. Maybe the solution is not with the strategy but within the company itself. Many companies forget the importance of adjusting to our evolving world. Opening your brand to changes also opens the door to more successful campaigns. We know that change is necessary and companies in the future need to react to these failed processes and learn from them.

Many steps can be put in place to prevent these pr strategies mentioned from happening again. Some strategies to follow when developing a campaign include understanding your target audience and their wants and needs, being sensitive to tough topics and issues, bringing in multiple ideas and diverse opinions when formulating a new campaign, and being open to change. Every PR campaign is different and discussing the bad may ultimately form the good.